Cracking Borders, Rising Walls is an annual, international conference organized by Kultura Liberalna since 2015. This year, the conference takes on a new formula and transforms into the Warsaw European Forum, a series of debates and meetings on burning political and social issues.

Researchers from prestigious universities around the world, as well as Polish and international journalists, are invited to debate Poland’s position in Europe. We welcome the voices of those who strive to understand political and social challenges, dilemmas, and crises. We want to understand reality and shape a better future for the coming generations. 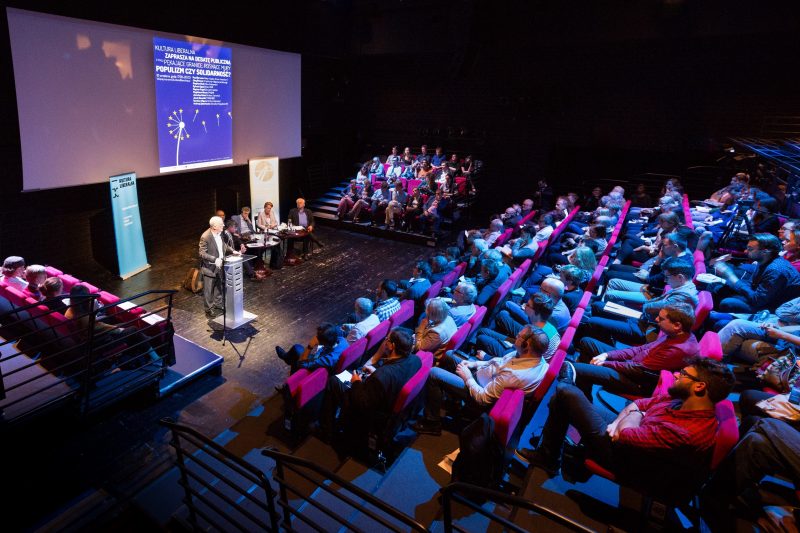 Kultura Liberalna/Liberal Culture is a centrist, liberal media organisation, established in Poland in 2008 by a group of journalists and academics, that publishes an influential weekly online journal featuring articles, commentary, and debate. Kultura Liberalna is a strong, sensitive, and democratic voice in the Polish public sphere. We also publish books, organise international events, and develop parterships with other media outlets and intellectual networks around the globe.

We believe in the rule of law, political pluralism, and dignity and respect for every individual. We defend constitutional rights and freedoms. We are looking for answers to crucial challenges posed by modernity such as populism and the climate crisis. We are establishing new ideas for our country and actively participating in a global debate on liberalism in the 21st century.