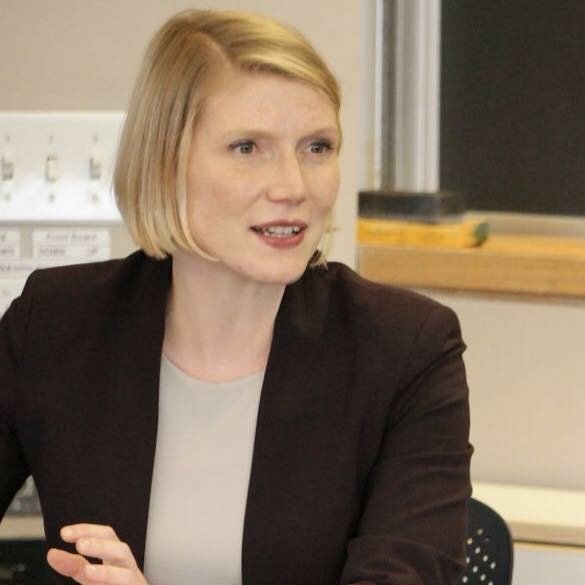 Non-resident Fellow with the Global Public Policy Institute (GPPi). Her research focuses on the intersection of data and technology with foreign and urban policy.

Previously, she served as director and CEO of the German Council on Foreign Relations (DGAP). For over a decade prior, Cathryn served as the executive director of the Future of Diplomacy Project at the Harvard Kennedy School in Cambridge, Massachusetts. The research program, which she co-founded, examines the challenges to negotiation and statecraft in the 21st century, including the impact of technology on foreign policy. In addition, Cathryn directed a Harvard research program on Europe and transatlantic relations from 2018 to 2021. Before that, she served on the management board of the European Policy Centre (EPC) in Brussels and worked as both a consultant and senior journalist at Roland Berger Strategy Consultants in France and China. She began her career as a television journalist at CNN International in Atlanta and London.

Cathryn provides expert commentary in English, German and French on transatlantic relations, EU, US and German foreign and security policy, technology policy and digital diplomacy. Her peer-reviewed publications have focused on negotiation analysis, technology policy, conflict prevention, and urban public policy, and she serves as an associate editor of the academic journal ​“Diplomacy and Foreign Policy” (Brill). She contributes to lead international publications, such as the Financial Times, New York Times and Washington Post, as well as leading German and global media on transatlantic relations – especially trade and security policy – and German foreign and digital policy. She also advises foreign ministries in Europe and both North and South America on their digital strategy. She is both a Truman (2011) and an Eisenhower Fellow (2017).

Cathryn holds an undergraduate honors degree in international relations and French civilization from Brown University (1999), a master’s degree in European studies from the London School of Economics (2002) and a master’s degree in public administration (2010) from the Harvard Kennedy School where she was a Hauser Fellow in Non-Profit Management.