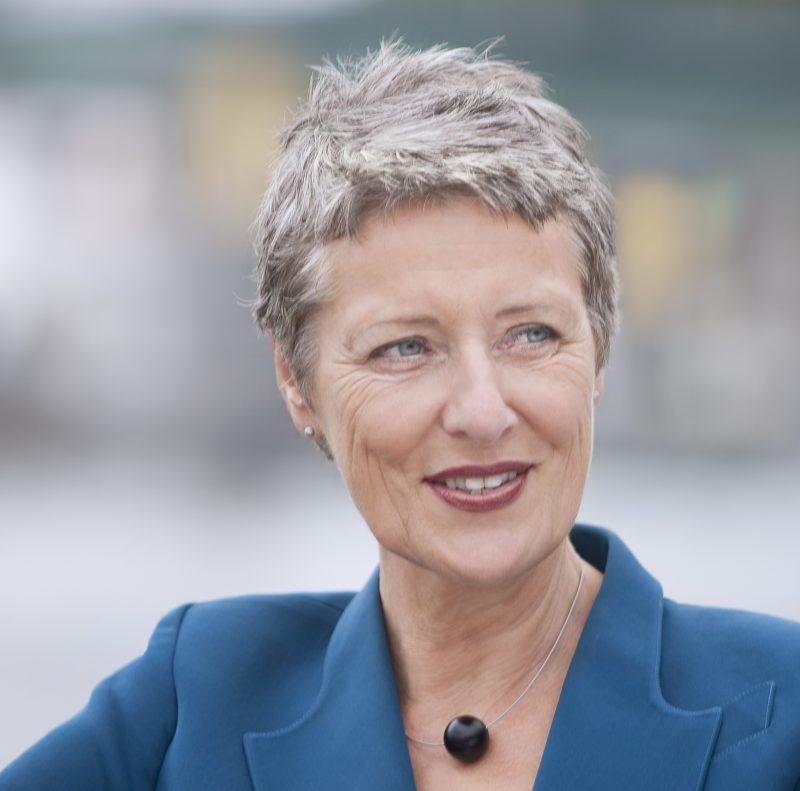 In addition to her political work she has repeatedly devoted herself to humanitarian causes. She carries the Order of Merit with Ribbon of the Federal Republic of Germany. In 2016 she was awarded the Ramer Award for Courage in the Defence of Democracy by the American Jewish Committee (AJC).

She was spokesperson of the first green parliamentary group in 1983, member of the parliament from 1983 to 2017 and member of the committee on foreign affairs since 2005. She was appointed responsible for migration within the green and red government and was parliamentary state secretary in the ministry for employment. In addition, she was a member of the Parliamentary Assembly of the Council of Europe. There she joined the “Alliance of Liberals and Democrats for Europe” (ALDE). She is a board member of the “Petersburger Dialog”. During the Serbian-Bosnian conflict, she founded the organisation “Brücke der Hoffnung” (Bridge of Hope), which has applied more than 10 million Euro for humanitarian projects by now.