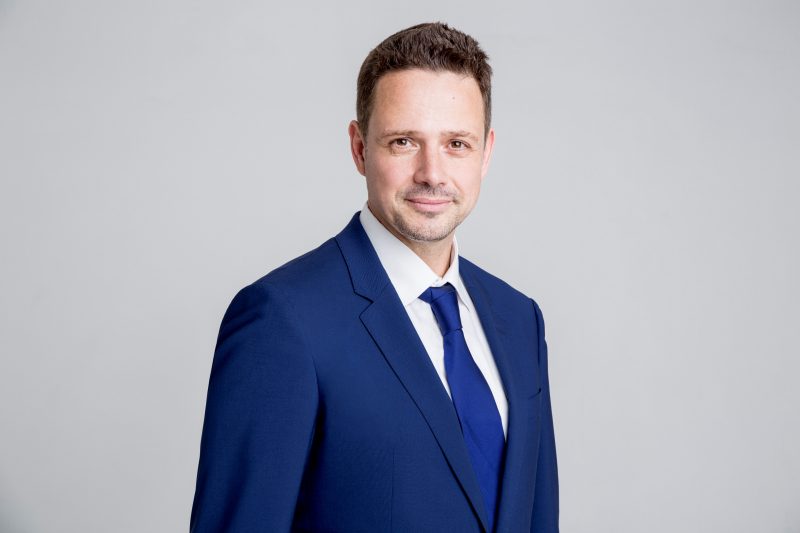 A Polish politician, member of the local government, analyst, and university lecturer. Since 2018, the Mayor of Warsaw and KO’s presidential candidate in the 2020 elections.

In 2004, he earned his PhD from the Institute of International Relations in the Journalism and Political Sciences Departament of Warsaw University. A lecturer at Collegium Civitas in Warsaw, he also gave lectures at the National School of Public Administration. For many years, he has been an analyst at the European Centre in Natolin.

Between 2004 and 2009, he was an advisor to the chief of the European Parliament Committee on Foreign Affairs, and between 2009 and 2013, a representative in the European Parliament and a member of the Constitutional Committee. He was a representative in the Polish Sejm during its 8th term and a Vice Chairman of the EU Commission and Vice Chairman of the EPP.