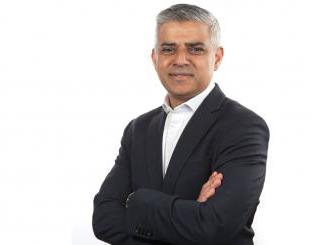 A British solicitor and politician who has served as Mayor of London since 2016. A member of the Labour Party, he was a Member of Parliament (MP) for Tooting from 2005 until 2016.

He was born in London and has lived here all his life. His parents moved to London from Pakistan in the 1960s. He was state-school educated in Tooting before studying Law at the University of North London.

Sadiq became a solicitor specialising in human rights and was a councillor in the London Borough of Wandsworth from 1994 to 2006. In 2005 Sadiq was elected MP for Tooting. He was appointed Minister of State for Communities in 2008 and later became Minister of State for Transport, becoming the first Muslim and the first Asian to join the Cabinet. He was also Crossrail Minister.

In 2013, Sadiq was appointed Shadow Minister for London, and in 2015 he led the Labour Party campaign in London in the General Election.