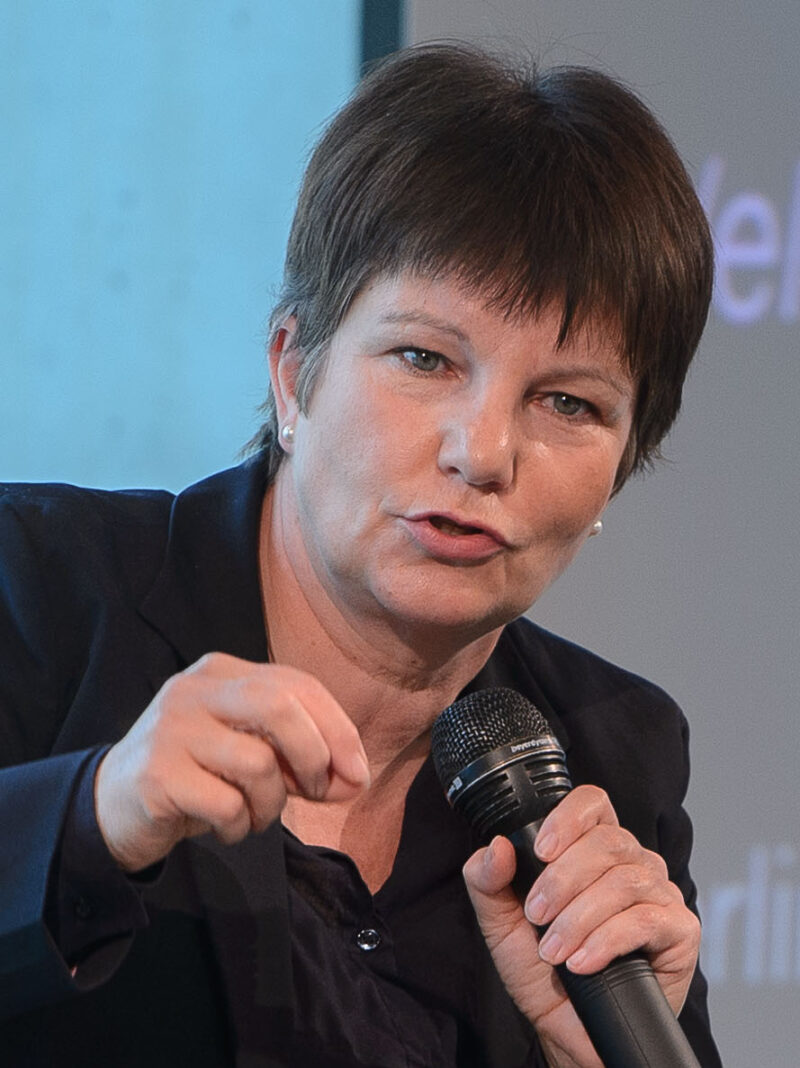 German economic journalist. From 1992 to 1994, Ursula Weidenfeld was Berlin correspondent for Wirtschaftswoche, then she became the deputy head of department. In 1999 she joined the founding team of the Financial Times Deutschland in Hamburg, where she headed the corporate department. In October 2001 she returned to Berlin as head of the economics department for the Tagesspiegel. She later became deputy editor-in-chief there. From May 2008 to January 2009 she was editor-in-chief of the G+J magazine Impulse.

In addition to her journalistic work, Weidenfeld works as a freelance presenter and commentator for various television and radio stations. She wrote regular columns in the Handelsblatt, which have also appeared in book form. Since 2017 she has been the author of the column “wirtschaftwise” at t-online. In 2007 she was awarded the Ludwig Erhard Prize for business journalism, and she was appointed to the jury the following year. In 2012 she received the Karl Hermann Flach Prize.

In the 2014/15 winter semester and in the 2015 summer semester, Ursula Weidenfeld represented the professorship for press journalism at the journalism seminar at the Johannes Gutenberg University in Mainz.