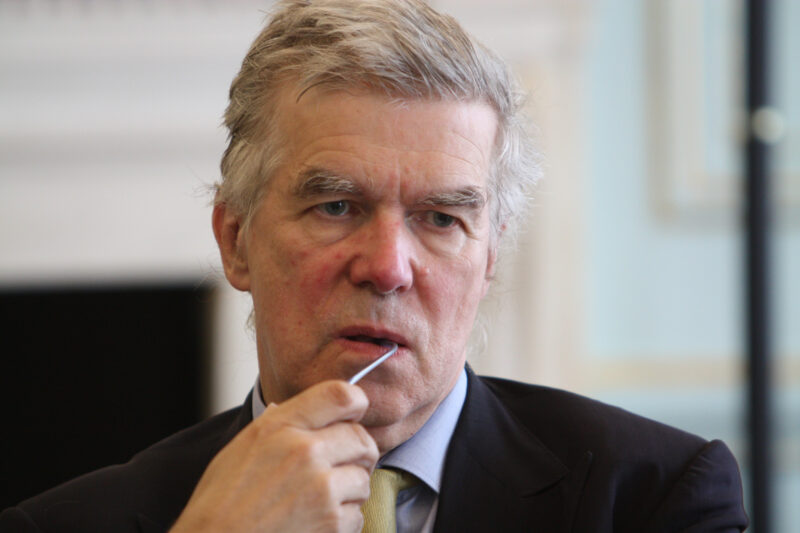 Member of the European Council on Foreign Relations.

Robert Cooper grew up in Nairobi, Kenya, studied at Oxford (Philosophy, Politics & Economics). As a diplomat, he has worked at various British embassies abroad, notably those in Tokyo and Bonn. At the Foreign Office, he was Head of the Policy Planning Staff from 1989 to 1993. He has also been seconded to the Bank of England and spent a period in the Cabinet Office as Deputy Secretary for Defence and Overseas Affairs. He was the UK’s Special Representative in Afghanistan until mid-2002.

In 2002, he began to work for the European Union (EU). He assumed the role of Director-General for External and Politico-Military Affairs at the General Secretariat of the Council of the European Union. In that role, he was responsible to Javier Solana, the former High Representative of the EU’s Common Foreign and Security Policy, and has assisted with the implementation of European strategic, security and defence policy. Since 2007 he has also been a member of the European Council on Foreign Relations.

After the Treaty of Lisbon’s shake-up of EU foreign policy structures, and Solana’s replacement by Catherine Ashton, Cooper sat on the steering committee which drew up the proposals for the new European External Action Service (EEAS). After the EEAS, the EU’s foreign service, was formally established in December 2010 Cooper was made an EEAS “Counsellor”. Robert Cooper served as a Special Adviser at the European Commission for Myanmar between 2013 and 2014.

His publications, apart from a number of articles in Prospect and elsewhere, include: